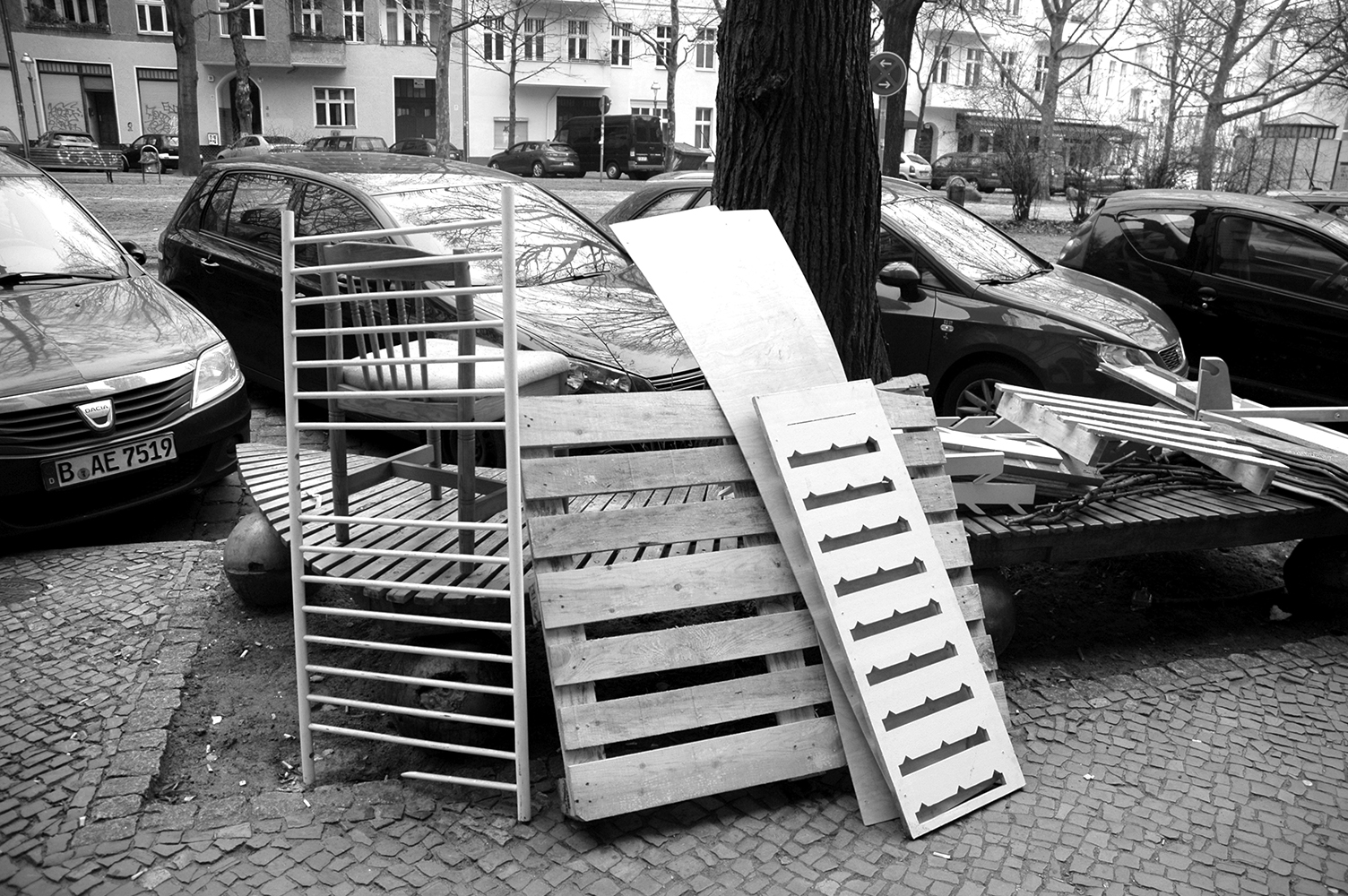 On the weekend, Saturday Feb 10th, Common(s)Lab hosted and co-organised its very first edition of our DIY-workshop series with furniture designer Veiko Liis, who is also part of the Schillerpalais community hosting our project, amongst others. He is from Estonia and has a very particular and critical approach to furniture making, which is based on the use of sustainable and long-lasting materials and designs. Furthermore, he believes everyone should be able to build their own furniture at home, so even though he sells his own products through the company Jovvut, he hopes to encourage others to start building their own pieces by using only hand tools and simple construction principles. During this workshop, we wanted to use only reclaimed waste material from the streets of Neukölln to get to know the many possibilities of upcycling and scavenging. 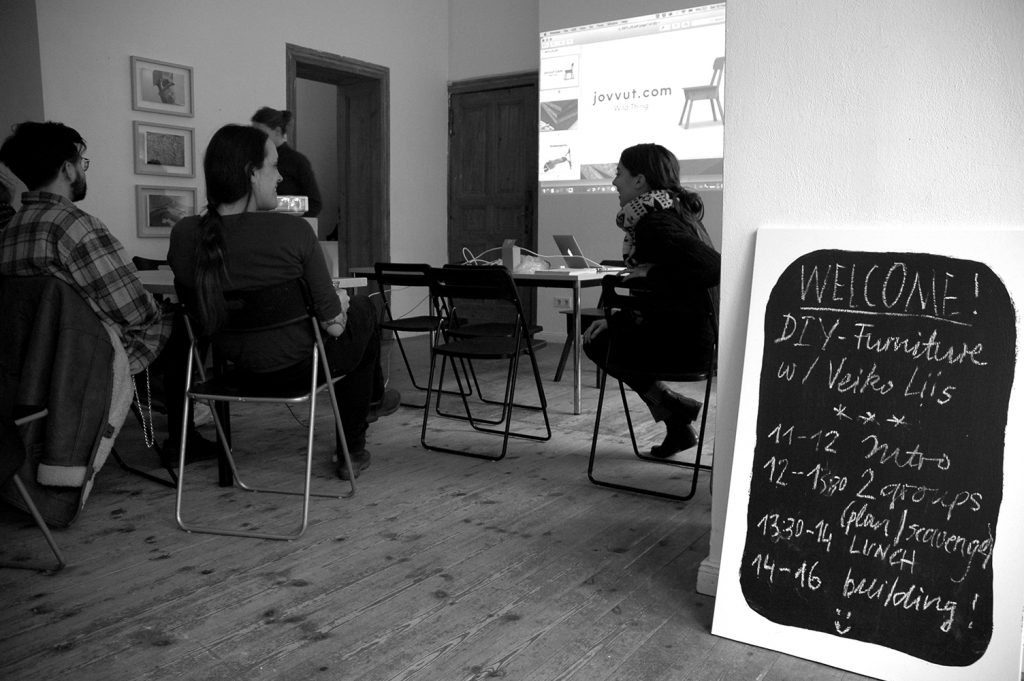 We started out with a short introduction of Common(s)Lab, the Schillerpalais community and Veiko’s work, followed by a presentation on sustainable furniture and materials. We also introduced the illegal waste dumping issue of Berlin, which is particularly bad in our ‘kiez’ Neukölln – and how to look at it in a positive way. Would it reduce waste if people would start to understand waste material as a potential inventory for something new? Would it be a better strategy to share what’s unneeded on particular sites and days, rather than making it difficult for people to “get rid” of their “waste” through fines and fees? (waste transport can be ordered through the public waste management system BSR which is costy, or self-transported to recycling centres with one’s own means of transport, if available – so without money/means of transport, many prefer to dump their waste on the street) We introduced sharing/selling platforms such as Free Your Stuff Berlin and Ebay Kleinanzeigen or repair initiatives such as Repair Cafés, preventing people to potentially get rid of stuff in the first place or enabling people to hand things over to people in a more targeted way. 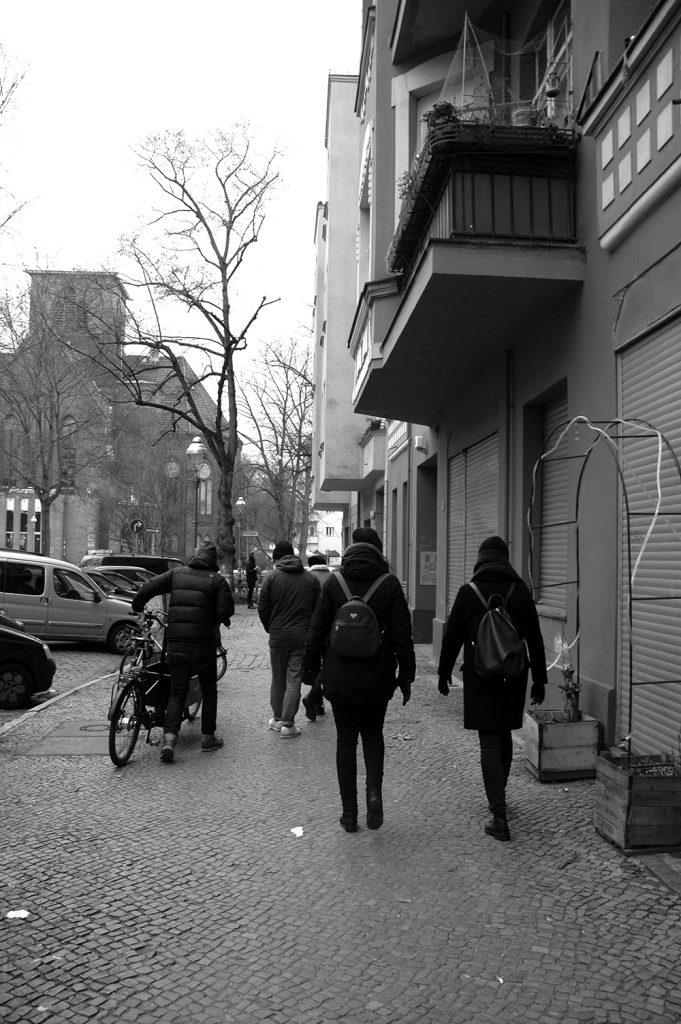 Participants shared their visions of what they were planning to build today – some already had plans, others first wanted to look at the material – and the workshop went on in two groups: one scavenging for materials with our cargo bike in the neighbourhood, the other already starting to sketch and plan their pieces of furniture. After only 20 minutes, the scavenging group already came back with a whole load of amazing materials which they had found in an open skip just around the corner. The afternoon went on with its own dynamics and great vibes, supported by music, coffee/tea, lentil soup and bread to keep energies up. In the end, we made a group picture of the participants with their amazing results – what creative energies within such a short time! Thanks Veiko and everyone taking part for the great afternoon, which shall be repeated soon! 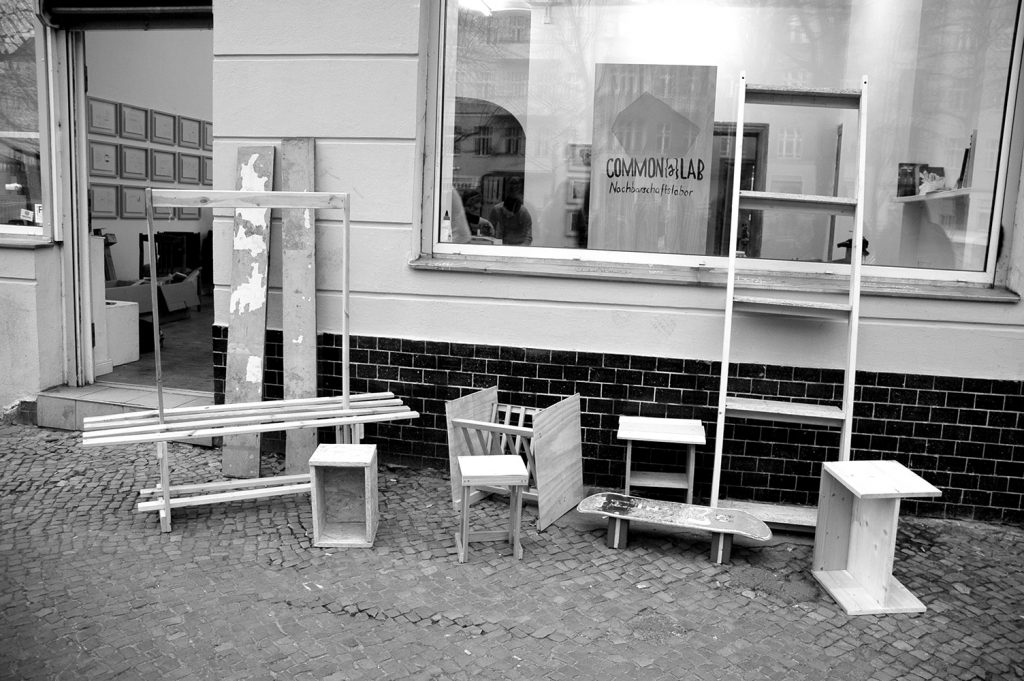