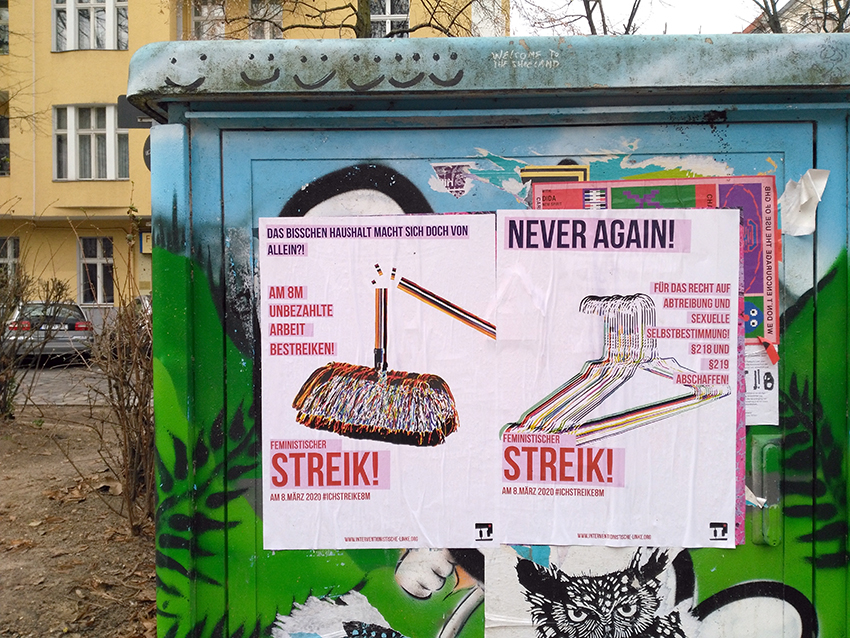 On March 8th, the international Women’s Day was celebrated around the world. In Berlin, it has become a national holiday, which I find quite remarkable. It gives people time to go to the streets and continue the protests that women started to engage in already in the 19th and 20th century, where the suffragettes in England and elsewhere revolted for basic political and societal rights such as being able to vote, study, or work, in order to gain a voice in society. Throughout the 1960s and 1980s, second wave feminism fought against cultural discrimination and the politicisation of the private, in order to move attention to the reproductive activities at home, mostly taken over by women after the second world war (until the present day) – and sustaining capitalist production with their free labour. Third wave feminism, starting in the 90s, focussed on the intersectional issues which the former wave missed to pay attention to, such as the issues of class and race, and the essentialist understanding of feminity towards a queer one, which would include all human beings. We have already moved to a fourth wave of feminism, which started very recently in the 2000s, where technology supports the still existing issues of the feminist movement – inequality, exploitation, abuse, femicide, patriarchy, the crisis of care, and so on and so on – the struggle goes on!